Case 1. Delete an album that was created on iPad

Go to the Photos App on the iPad. At the top of the screen there should be three options (Photos, Album, Places). If you have opened the Photo Stream, there will be one more Photo Stream option.Tap Albums, then tap Edit (right upper corner), then tap on the X that appears on the corner of the album you want to delete. 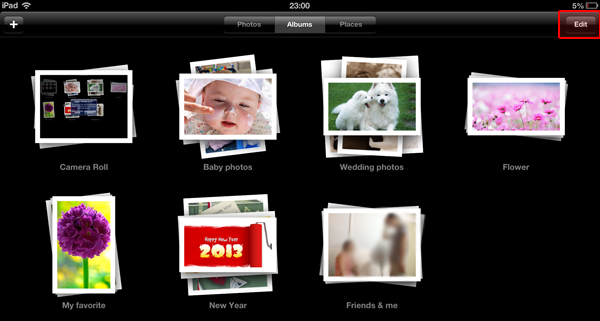 After tapping X, a dialog window will pop up, asking if you are sure to delete the Album, select Delete. Then the album will be deleted  the iPad. 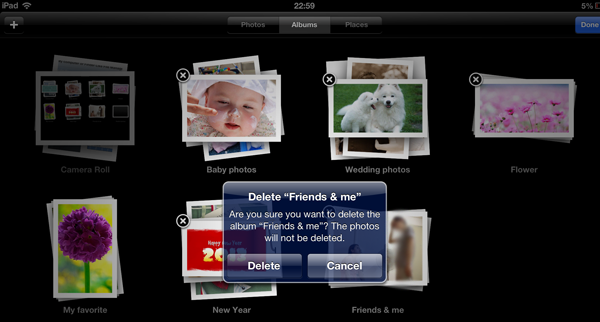 Tap the X to delete an album

Simply plug your iPad into your computer and click iPad name under DEVICES on the left sidebar in iTunes. Proceed to the Photos tab and there you will be able to remove them.

Uncheck the album you want to delete